Join us to learn more about the open ecosystem in Ireland and beyond and to explore the opportunities presented by open data, open source software as we digitally transform.

Hear from global and local experts on the topics of Open Data, Open Source Software and Open Source Hardware. We will explore the value being open brings to Ireland. From accelerating innovation, to reducing our carbon emissions, being more open can positively impact from an environmental, economic, political, and social perspective.

This event does not require prior technical experience. Whether you have a history of open source and open data and are interested in hearing the latest worldwide trends, or are just curious to hear real world examples of how being more open has accelerated national and regional innovation agendas, please do join us for what promises to be a fascinating set of presentations.

The Open Compute Project Foundation is a non profit open source hardware community which since its formation in 2011 has been disrupting the 20th Century Data Centre Industry. In this session, John will share how open hardware can dramatically increase the positive economic impact of data centres, and reduce carbon emissions for the sector in Ireland.

Long-time open source advocate, Danese Cooper will discuss the most common myths associated with open source software, while sharing some of the truths that matter.

In the past 10 years, there have been significant advancements in the area of Open Data and related domains, such as Machine Learning, Artificial Intelligence and the Internet of Things. In this session, Deirdre will share how Open Data can help public sector bodies to ensure their initiatives have positive environmental, economic, political and social impact.

Through open source and open standards based solutions, Smart City deployments can provide replicable models that will advance the state of the art within Europe, allowing for wider sharing and repurposing of time and work already invested to be adapted to the widest possible set of use cases. Further, policy and technical work done within the European member states can serve as a reference model for similar work done worldwide. Join Red Hat’s Leslie Hawthorn to learn about architecting smart cities with open source thinking, standards, data & technology. 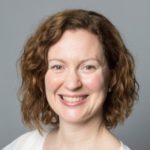 Clare Dillon has spent over 20 years working with developers and developer communities. Clare has been involved with InnerSource Commons since early 2019, when she helped set up NearForm’s InnerSource practice with Danese Cooper. Before that, Clare was a member of Microsoft Ireland Leadership Team, heading up their Developer Evangelism and Experience  Group. Clare also works with Mosslabs.io to support the establishment of University and Government Open Source Program Offices and OSPOs++ globally, that can collaborate to   implement public policy and trustworthy public services. Clare is currently a member of the industry expert group for the Technology Ireland Innovation Forum and frequently speaks at   international conferences and corporate events on topics relating to the future of work, innovation trends and digital ethics. 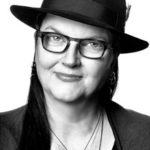 Ms. Danese Cooper is the founder and chair of InnerSource Commons. She joined NearForm as VP Strategic Initiatives in 2018. Prior to joining NearForm, Ms. Cooper spent 4.5 years as Sr. Director and Head of Open Source Software at PayPal, Inc. She was the inaugural Chairperson of the Node.js Foundation. Ms. Cooper previously served as the CTO of Wikipedia, as Chief Open Source Evangelist for Sun and as Sr. Director of Open Source Strategies for Intel. She concentrates on creating healthy open source communities and has served on the Boards of the Drupal Association, the Open Source Initiative, the Open Hardware Association and has advised Mozilla and the Apache Software Foundation. She also runs a successful open source consultancy which counts Bill & Melinda Gates Foundation, SETI Foundation, Harris Corporation and Numenta as clients. She has been known to knit through meetings. 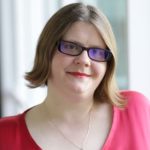 An internationally known open source strategist and community engagement expert, Leslie Hawthorn has spent her career  creating, cultivating, and enabling open source communities. She has driven open source strategy in Fortune 10 companies, pre-IPO startups, and Foundation Boards including senior roles at Red Hat, Google, the Open Source Initiative, and Elastic. She currently leads the team responsible for vertical community strategy within Red Hat’s Open Source Program Office in the Office of the CTO. A frequent speaker at FIWARE and other events focused on Smart Cities, she enjoys exploring how open standards can create citizen-centric Smart Cities. Born and raised in Silicon Valley, Leslie has called Europe home for the past six years and resides in Bonn, Germany with her daughter and  their two canaries, Elle and Nana. 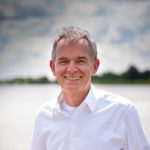 John dislikes the words Expert & Professional  with a vengeance because those people stifle change. John’s favorite colour this decade is purple, having spent the previous decade being very fond of green and wash. John is always questioning the status quo because he believes that things can always be improved and done better through open source tech in the collaborative commons…..but he also thinks he could be wrong about this? 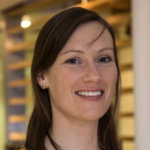 Deirdre Lee is a founder of Derilinx, an Irish company that has been leading Linked and Open Data developments since 2014. She has extensive experience in the provision of fully hosted and managed data solutions, as well as providing guidance and support for data sharing and Data Governance programmes. Deirdre’s ambition is to make it easy for people to discover, understand and use data. Derilinx is responsible for the development and provision of support to the Irish National Open Data Portal, which currently provides access to over 10,000 datasets from over 100 publishers. The Irish Open Data Initiative has been ranked 1st in Europe in the EDP Maturity Index study three years in a row.

Derilinx is an active participant in European projects, currently participating in the Linked Linguistic Open Data project ‘Prêt-à-LLOD’ and the CEF Public Open Data project ‘Hale & Hearty’. In the ESSnet ‘Linked Open Statistical Data (LOSD)’ project, Derilinx was responsible for the provision of services to publish and link statistical data on the Semantic Web.

Open Source is one of the most successful enablers of global innovation in history. In this jam-packed event, global experts will share how open source is driving the world’s technical innovation engine across multiple industries. We will also hear from local organisations who are betting on open source as an innovation accelerator and from others in Ireland’s innovation ecosystem about how open source can be leveraged to help our post-COVID economic recovery.

5:30 pm – Panel Session: How Open Source can be leveraged for Ireland’s Innovation Ecosystem. 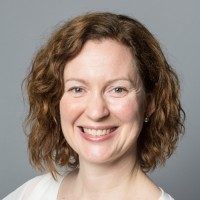 Clare Dillon has spent over 20 years working with developers and developer communities. Clare has been working with InnerSource Commons since early 2019, when she helped set up NearForm’s InnerSource practice. InnerSource Commons is an international community of practitioners with the goal of creating and sharing knowledge about InnerSource: the use of open source best practices for software development within the confines of an organization.  Before that, Clare was a member of Microsoft Ireland Leadership Team, heading up their Developer Evangelism and Experience Group. Clare also works with Mosslabs.io to support the establishment of University and Government Open Source Program Offices and OSPOs++ globally, that can collaborate to implement public policy and trustworthy public services. Clare is currently a member of the industry expert group for the Technology Ireland Innovation Forum and frequently speaks at international conferences and corporate events on topics relating to the future of work, innovation trends and digital ethics. 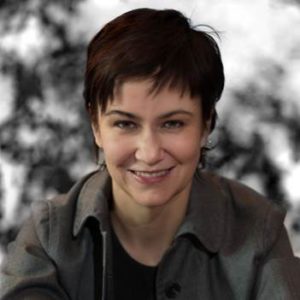 Sarah has long been an Open Source champion in projects such as Kubernetes, NGINX and MySQL. She is part of the Microsoft Azure Office of the CTO, sits on the Linux Foundation Board of Directors, previously led an Open Source Strategy group at Google and ran large scale technology infrastructures before web-scale had a name.

She is an Industry-recognized authority on Open Source culture, and a big picture thinker who developed governance for, and grew the Kubernetes open source project leadership while also representing Google during the founding of the Cloud Native Computing Foundation.

Sarah led Developer Relations and Marketing for NGINX where she was responsible for technical evangelism, advocacy, and traditional marketing. In these roles, she regularly participated in board level strategic discussions. 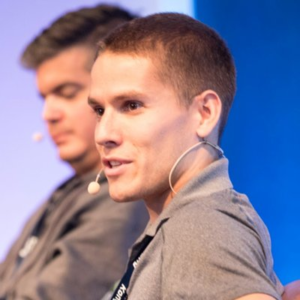 Joseph Jacks is the Founder and General Partner of OSS Capital. He is based in San Francisco.

Previously, Joseph was an EIR at Quantum Corporation in support of the Rook project which was subsequently donated to the CNCF (its first storage project) where he has also been involved (at the board level, in various committees and as an advisor) since inception. Joseph also founded KubeCon (now also run by the Linux Foundation’s CNCF) while also founding and building Kismatic, the first enterprise-focused commercial Kubernetes company (acquired by Apprenda, subsequently acquired by ATOS). Over the preceding several years, Joseph worked at Mesosphere (now D2IQ), Enstratius (acquired by Dell Software), TIBCO Software and Talend in various sales, engineering, product and strategy capacities. 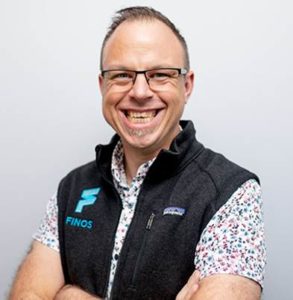 James is the Director of Community at FINOS and wholeheartedly believes the transformation of Financial Services can only be fulfilled if Open Source is embraced under the three pillars of Contribution, Consumption and Community.

James has a twenty year career in software engineering having worked for telecommunication startups, the gaming industry, digital streaming platforms and financial services. Prior to joining FINOS James worked at Lloyds Banking Group where he focused on building engineering communities for Lloyds Bank, Halifax, Bank of Scotland, Scottish Widows and other LBG banks. While at Lloyds Banking Group, James also drove the adoption of Inner Source and Open Source partly through the creation of engineering guilds providing in-person and remote educational sessions and large hackathon events. James also spent a number of years consulting on software engineering projects for RBS, NatWest and Barclays.

As a member of the FINOS team, James’ ambition is to bring his extensive experience building communities to grow Financial Services into a powerhouse of Open Source. James is a true open source advocate and founded the “React London – Bring Your Own Project” meetup to provide an interactive forum for ReactJS and Javascript developers to come together. In the last two years it has grown to a membership of over 1500 individuals.

You reach James at james@finos.org to find out how you can contribute to the amazing work of the Fintech Open Source Foundation (FINOS)

Technology Ireland ICT Skillnet is co-funded by Skillnet Ireland and network companies. Skillnet Ireland is funded from the National Training Fund through the Department of Further and Higher Education, Research, Innovation and Science.